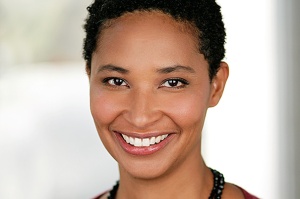 Ask yourself, when you interact with a stranger from another race or background, whether you have treated them as you would a friend.

So said Danielle Allen, the luncheon speaker at the Princeton Regional Chamber on Thursday, March 5, at 11:30 p.m. In an interview with the Chicago Tribune, she explained the difference between the term “Interracial distrust” and “racism.” As below:

“Interracial distrust does capture something missed by the word “racism.” Most of us use the word “racism” to denote the antipathy of white people to people of color. Though the word can equally well denote negative feelings that flow in other directions, we tend to restrict it to the attention “white” people pay to “colored” people.

“Interracial distrust,” in contrast, captures the fact that negative feelings flow all ways across multiple racial and ethnic lines. The world is too full to focus only on how one group of people perceives another group. I am interested in how each of us, individually, interacts with people who are different from us and whom we fear.”

Danielle Allen, a renowned author and co-editor, is currently at the Institute for Advanced Study but will soon leave Princeton for Harvard to be a professor and direct the Edmond. J. Safra Center for Ethics.  aiming to guide the center in a post-Ferguson direction.

She is chair of the Pulitzer Prize board, among other honors. Her topic for Thursday: Pursuing Happiness: What the Declaration of Independence Has to Teach Us About Human Flourishing.

The exact same kind of intercultural conversation that Allen espouses — it takes place in Princeton on first Mondays at the Princeton Public Library. Continuing Conversations on Race is March 2 and April 6 at 7 p.m.