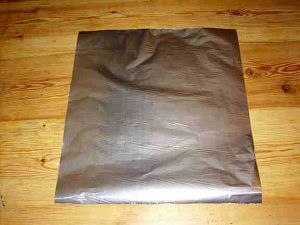 This morning I’m teaching part of the story of Joseph, Genesis 42 to 47. to 4th and 5th graders at my church. What fabulous drama! Joseph, the favorite son, having been sold by his brothers into slavery, fetches up in Egypt, where Pharaoh pays attention to Joseph’s prescient dreams predicting seven years of plenty and seven lean years and accumulates vast stores of grain. When Joseph’s brothers come to him (not recognizing him) to buy grain, Joseph tricks them but forgives them, the point of the story being that it all worked out according to God’s plan to fulfill his promise to Abraham.

The forgiving part of this story is what I am to teach today. But what also stays with me, after reading this drama, is the story of the seven years of plenty and the seven lean years. Because of Joseph’s dreams, Pharaoh has stored plenty of grain and can sell it to keep nearby nations from starving. I’d forgotten the part about how Pharaoh, through Joseph, also buys up the Egyptian livestock, land, and even the Egyptian people themselves, making them slaves.

The very next thing I look at is Glenmede’s emailed economic report from Gordon Fowler, “How High is Up?” (Glenmede has its Princeton office on Chambers Street.) He makes his predictions in a Q&A; format and ends with the conclusion, paraphrased by me, that the world’s central banks are engineering another asset bubble using government debt rather than consumer and financial company debt.

Are we in the first of seven lean years? Are we going to end up selling the equivalent of our land and our livestock? Where is the Joseph of today who will assure the future of our grandchildren?

I dunno. If, as the book of Genesis says, God saw to it that Joseph ended up in Egypt so he could save his people, then maybe I just need to have faith that it will all work out.

But just in case I’m supposed to be proactive, I’m going to read Fowler’s report more carefully, later. Right now I’m having fun figuring out how to take a piece of heavy duty aluminum foil and mold it into Joseph’s silver cup.