See the Indians! The sign at the tourist store offered photo opps.

More than 30 annual conferences are beginning to pay attention to Native American concerns and to offer acts of repentance, says Kernell. “This is just the beginning. Are we really ever done with repentance? Some have asked me ‘when will you be satisfied.’ My answer ” Repentance is like discipleship. Do not expect my contentment any time soon. As long as the church stands up for a society that has worked to eliminate our presence…we are not even close to existing in a church and world that is inclusive..”

On Thursday, September 24 at 7:30 p.m., Princeton UMC will start another 10 week session of Vital Conversations on Race in September. I found it VERY helpful. I recommend it.

Looking back — at least as a child I had some idea of what a native Americans looked like, as opposed to the usual white man’s conception of Tonto and the cowboy and Indian movies. But nobody told me – not at home or in school – about the Trail of Tears. Nobody told me how the Native Americans had been forced to give up their culture.

Thirty years later, when I met the chief of the Turtle clan of the Lenape people, I found out. As a reporter for a daily paper in Media, PA, I tried to help them save a sacred spring. By going to their corn planting ceremonies and attending their rituals, I had some insights into a spirituality that did not depend on pews or stained glass or organs. It came from the earth.

These photos came from my father’s slides, curated by my sister Rosalie Ann Figge Beasley.

Though I am moving to a retirement community, don’t think I will sink into a rocking chair and be quiet. None other than Ingrid Reed, former director of the Eagleton Institute New Jersey Project at Rutgers, preceded me there, and she is still making waves. In her column for the Princeton Packet, Pam Hersh reveals that Reed has organized, and will moderate, discussions on local politics and why they matter.

Held at the Princeton Public Library, the dates are Wednesday, October 2, and Tuesday, October 15, both at 7 p.m. in the Community Room. Title: New Jersey’s November 5 Election: Why Should We Care?

Why Should We Care? We need to care about all the elders in our state who can’t afford to move to retirement communities. Aging in place without funds is no fun, and it will be a growing problem for government.

So many of these folks I knew, either from interviewing them, or from being acquainted with their spouses and children.

They are profiled in the current edition of U.S. 1 Newspaper, honoring those who died in 2018.

I’m so glad about that. When I was working there, our New Year’s edition merely compiled the printed wisdom from the previous year. Remembering people is more meaningful, and I hope the tradition continues.

Among the artists, activists — and, yes, captains of business — that i remember with special warmth are…

Richard K. Rein offered his own list of the departed, people who had influenced his policies for the paper. Dick Hagy was the character that I remember. If you want to work for Rein, or to sell him something, you would do well to read that column.

When I use the term epatients, people ask me what that means? I stumble to explain.

Here is an example from a glossy magazine, Good Housekeeping.

I started getting connected with other EB parents through my blog. It was a tool God used to save Jonah. I’d describe issues we were facing, like acid reflux or not eating or bandages that stuck, and moms would suggest what worked for their kids. To our doctors’ credit, they didn’t look at me like I was a crazy person when I brought in suggestions but gave them a shot. We all partnered to try to get him as stable as possible.

Read the whole article “My Son Blisters When I Hug Him” here.

Until I get my elevator speech smoothed out,

here is another explanatory link.

I like this composite article about Trump because it cites and links the original sources.

Why does it fit on “Princeton” comment? I met the author, Maxwell Anderson,

at Princeton University’s EQuad, at the Friend Center a couple of years ago. When I find the picture and can remember exactly what event, I’ll post it, but he’s worth reading.

Each week, for this ‘deep thinker’s guide to modern culture,’ he draws from multiple sources to summarize a different topic. What is his business model? That’s another story. 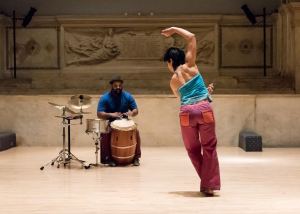 “I am inspired by lessons from the Caribbean that underscore creativity, resilience and the capacity for both resistance and celebration in the midst of difficulty,” says Alicia Diaz, a professional dancer who grew up in Princeton. She will participate in an unusual lecture demonstration this Friday afternoon  at Princeton University. Entitled “Diasporic Body Grammar: an encounter of movements and words,” it will be December 2, 2 to 5:30 p.m. in the Wilson College Black Box Theater.

Asked, in an interview, whether she struggles with stereotypes, Diaz brought forward the stereotype of the “sassy Latina.” “Here ethnicity, gender, and sexuality come together to be consumed and dismissed at the same time. I struggle with rejecting the stereotype and its negative implications while also acknowledging and owning its potential power.”

Diaz, assistant professor of dance at the University of Richmond, will perform with her partner, Matthew Thornton. Here is a video of her work. Also participating will be a Brazilian artist, Antonio Nobrega. For information, contact Pedro Meira Monteiro pmeira@PRINCETON.EDU

The worst of it, said 17-year-old Ziad Ahmed, ” is waking up in America after crying yourself to sleep, and not feeling safe. (If you don’t feel that way, you don’t get to belittle how millions of us are feeling.)

Here is his essay in the Huffington Post , linked to the web page at NIOTPrinceton, where he is a board member.

Tomorrow is another day, says Ahmed. “But tomorrow, I will continue to rise as a proud American-Muslim teenager, and I will not let anyone take that away from me no matter what tomorrow holds. Tomorrow, we rebuild. We have to.”

“We were there first,” says Bennett Baryln. “Bridgegate has been fascinating because it lifts the veil of what we saw in Hunterdon, the taking over of agencies to serve only political ends.”

Barlyn finally got his just due — a $1.5 million payment from New Jersey settling the case against, as the U.S. 1 article states, a  “Bridgegate-like web — that includes small town shenanigans connecting to statehouse leaders, respected legal professionals getting fired, and a lone lawyer’s quest to find the truth.”

Dan Aubrey wrote the investigative article in this week’s U.S. 1  here. Aubrey’s first person similar investigation from 2014 is here. If you are a fan of Governor Chris Christie, either article will make you very uncomfortable. How could this happen? Bridgegate may have the answer. 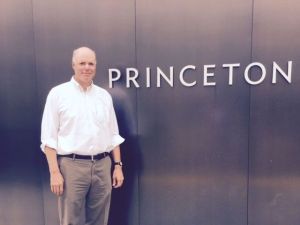 May time keep running back to me — and may I use it wisely.

Not In Our Town Princeton

Daniel Harris, poet, scholar, environmentalist, and long-time Not in Our Town supporter, had the following poem accepted for publication in the Connecticut River Review.  Daniel has given us permission to publish it on the blog.  Daniel invites you to visit his website, danielharrispoet.net.

Since time is running out for me

the currents of oceans

gulls on their errands

And time is running out for me

the horses, their riders

yoked to plow the many fields

And time is running out for me

While time runs short for me

the owners who used them

Time’s run out for me

to cough up phlegm and tell