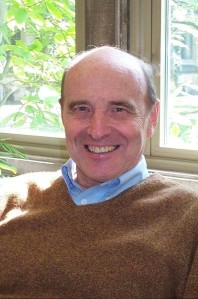 Wikileaks had only an indirect effect on the revolt in Egypt, says Robert Tignor, the author of “Egypt: A Short History,” published last year by Princeton University Press. It was the Tunisian uprising that spurred the Egyptians to action. “The Egyptians are a very very proud people,” says Tignor. “They regard themselves as at the cutting edge of the Arab world – intellectually, academically, and politically. Much to their chagrin and dismay, they find that Tunisia is leading a revolt against one of their dictators. They were quite amazed that the Tunisians could do it.”

Tignor is on deadline to revise his book, so it can be issued in paperback in September. The book is billed as “an indispensable key to Egypt in all its layers–ancient and modern, Greek and Roman, and Christian and Islamic, a sweeping, colorful, and concise narrative history of Egypt from the beginning of human settlement in the Nile River valley 5000 years ago to the present day.”

The university has a number of “old Egypt hands,” including the former ambassador to Egypt, Daniel C. Kurtzer, widely quoted at this juncture. Tignor is a graduate of the College of Wooster in Ohio, with a PhD from Yale. He and his wife, Marion, lived in Egypt several years, and their three children went to school there. He is an emeritus professor in Princeton University’s history department and writes about modern Egyptian history.

“It’s extremely exciting,” he said in a phone chat just before Mubarak stepped down. “One can only hope that the final results will be beneficial.”

Egypt doesn’t have a good record of peaceful transitions, he pointed out. “Napoleon suppreseed rebellion rather brutally,” he said. In 1919 a rebellion was put down by British troops, and another was put down by the Egyptian army in 1952. “They got the French out, they got some of the Egyptian rulers out in 1882 only to have it supplanted by British, which they thought was worse. In 1919, they got to achieve independence, but the British were going to control foreign policy and stage a large army. In 1952 they got rid of the British and the corrupt old regime.”

Tignor expressed concern about the future of the Egyptian-Israeli peace accord, the anchor of American foreign policy in the Middle East. He predicted that a new government would want to abide with the peace accord but not as rigorously as Mubarak did. “They could be much tougher to deal with than Mubarak and company were.”