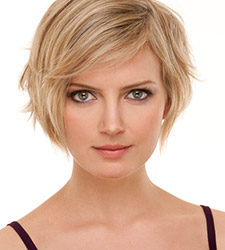 Susannah Hoffman unfolds before your eyes from child to woman, onstage at McCarter in Baby Doll, by Tennessee Williams in the Emily Mann version. At the dress rehearsal the mesmerizing happened ‘between the lines.’

In this article, you can see the trailer to the original film, starring Carroll Baker and Eli Wallach.

As Bruce Chadwick’s blog review describes, There is a scene in the play when baby doll, barefoot and in her slip, walks up the stairs, back to the audience very slowly, body shifting to the right, the left, the right, the left, her bottom slowly undulating. I was amazed that the Princeton fire department was not called to put out the blaze from the heat Hoffman generated as she slithered up those stairs.

Writers who see the dress rehearsal aren’t supposed to review a play, but Chadwick’s review — comparing Hoffman to Carroll Baker — did it for me, in more ways than one