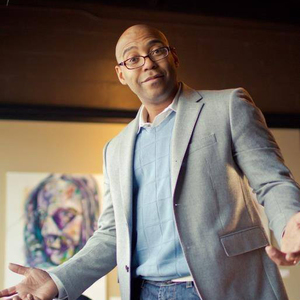 Jacque Howard grew up in Ewing in a large family — 12 uncles and aunts and six siblings. He learned what “community” was. Now he aims to help Trenton by helping create community with his nonprofit Trenton 365, as profiled here in U.S. 1 Newspaper.He was quoted like this: Trenton was a major industrial port once. Once. Ago. So let it go. Stop trying to turn the city back into something it used to be. Start focusing on what it could and should be.”

I listened to Howard’s story at the Princeton Regional Chamber breakfast today, and I’m buying into it. He recorded his talk and posted it at his website, here.

My comment to Howard at the chamber meeting, at about minute 38 on the tape, “With your personality and your media access, you can do what really needs to be done, which is to put people together. Racism and prejudice are part of the Trenton problem. and when you get people together so that  they are friends, and they have a friend in that city that they can trust — that’s going to help.”

His response: “If I can get three or four of you guys to agree –it’s going to change this community. I can connect you with somebody, Whatever you want to do — do a quick project, get lots of media attention, at very low cost —  that’s what Trenton 365 is about.”

The Trenton 365 website has lots of fascinating programs, including this interview with Bart Jackson of Bart’s Books done at Panera Bread. The sound is a little rough at the beginning, but it evens out and Jackson is always worth listening to.