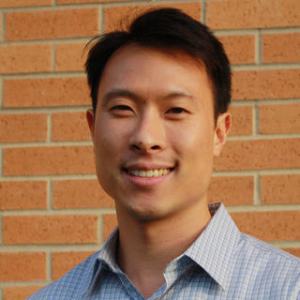 Here is a guest post by Greg Wong, co-founder with his brother Kevin of  Princeton Tutoring and PrepMaven. Engineering majors at Princeton, they began their careers as  strategy consultants and hedge fund operators. Now, as they apply their data and research-backed problem solving skills to the college preparation process, they emphasize personal development, character, and service as key components of college admissions success.

The Wongs are on the right track. Having interviewed high school seniors for my alma mater for more than 30 years,  I see too much angst over ‘resumes’ and not enough attention to what really matters. Here are some good thoughts to start the school year, no matter what age the student is.

Admissions rates for highly selective colleges continue to fall. For example, Princeton University has had record low admission rates for each of the past EIGHT years.

Unsurprisingly, many of the families that we advise are increasingly stressed about college. These students are increasingly pressured to overload on AP classes and pack on the extracurriculars in order to compete. Many of their schedules are so over-prescribed that they don’t have any time to think about why they’re doing their activities in the first place.

Is this what colleges really want? NO.

Whether they like it or not, colleges and universities have a huge impact on millions of high school students based on their college admissions requirements. Unfortunately, there are a lot of misconceptions around these requirements.

In direct response to the ever-increasing arms race that we’re all seeing and feeling, the Harvard Graduate School of Education released a report in 2016 called “Turning the Tide” that I encourage every parent to read.

Additionally, a group of 90+ institutions including all the Ivies and Stanford have developed a new alternative to the Common Application called the Coalition Application that “encourages reflection and self-discovery” through an online portfolio that students can start populating as early as ninth grade.

Whether you think that the ability to start populating components of your college application and sharing information with admissions officers as early as ninth grade is a good idea or not, the intentions behind these new tools seem to be well meaning.

The “new” thinking behind the “Turning the Tide” report and the Coalition Application gels with the way my brother Kevin and I have been thinking about things for years. We’ve done quite a bit of research on what top colleges really want, and we’ve identified 3 major characteristics of the most successful college applicants:

Many students and families focus way too much on #1 and #2.

Our personal philosophy is that students should also emphasize the things that will make them successful in LIFE – character, personal development, and concern for others.

By doing these things, students will automatically set themselves up for college admissions success (if they choose to go to college of course), which should be the happy byproduct, not their life’s end goal.