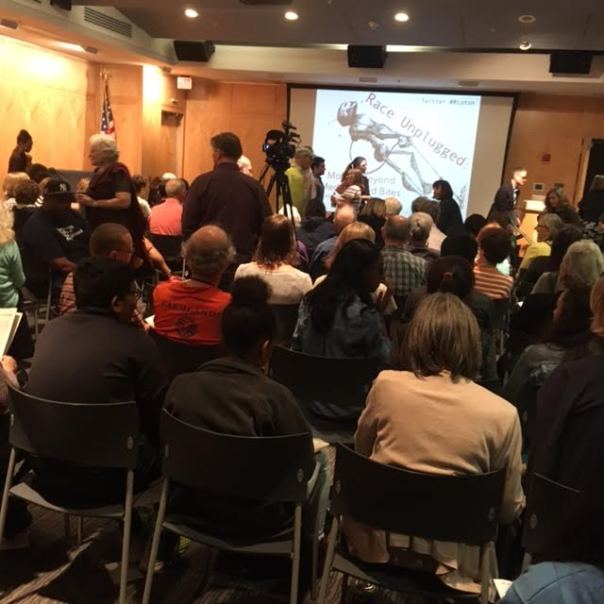 Surely Michele Alperin’s superb October 19 cover story in U.S. 1 Newspaper on Ruha Benjamin helped to enhance awareness of the value of Racial Literacy. Benjamin’s first lecture drew an enthusiastic standing-room-only crowd at the Princeton Public Library, and on Tuesday, October 25, at 6:30 p.m. she will facilitate the discussion at the Garden Theatre’s screening of the three-part documentary “Race, the Power of an Illusion.”

This first segment, “The Differences Between Us,” examines the science -including genetics – that challenges the assumption that human beings can be bundled into three or four fundamentally different groups according to their physical traits.

Racial literacy is a much-needed, often neglected skill that — in the 21st century — we all need in order to live and work successfully in a diversifying society. But conversations on race are not easy to have. But as Benjamin said in her lecture,  “Racism doesn’t belong to few bad apples; it is coded in our psyches and institutions. Pretending we don’t see it is not a cure.”

The five-part Racial Literacy series is cosponsored by Not in Our Town Princeton, Princeton Public Library, and the Garden Theatre. It continues with Benjamin’s second lecture at the library on Tuesday, November 1 and film screenings on Monday, November 7 and Tuesday, November 15, all starting at 6:30 p.m. In the coming months, Not in Our Town Princeton will continue its monthly “Continuing Conversations on Race and White Privilege” on first Mondays at 7 p.m. at the library. For details go to niotprinceton.org.For social media, use #Racial Lit and tag partner organizations, @PrincetonPL, #niotprinceton, and @PrincetonGarden

As quoted in Alperin’s article,  Benjamin aims to help people put on a new pair of spectacles and see that “what I’ve learned about this is actually wrong.” Who among us does not need new lenses?

Something I did NOT expect: The Garden Theatre presents a LIVE dance-theater performance by DV8 Physical Theatre on Wednesday, January 14, at 7:30 p.m., repeating Sunday, January 25, 12:30 p.m. This National Theatre production is billed as for adults, read about it here.

Current films at the Garden are Selma, which I saw in company with some youthful demonstrators at another theater on Saturday . Loved the script and the acting, and (though I am squeamish about it) the onscreen violence was handled well.

Also the movie about Alan Turing.  Thanks to Princeton University Press who sent the Very Big Book that inspires the film. Spouse is plowing through it, likes it, and promises to provide a mini-review. Turing was surely a hero to my late cousin Ann.