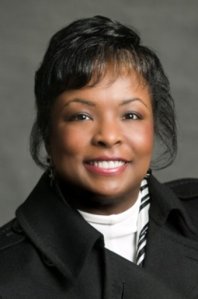 On November 14 I heard Council, CIO of Johnson & Johnson, speak at the New Jersey Technology Council‘s lunch. Based on that savvy but witty speech, I believe she has the smarts and people skills to inspire diverse groups – IT and medical – to come to agreement quickly.

Council came to J&J; by way of Ernst & Young and Dell. In a startlingly short time period she standardized all the IT departments in J&J;’s entrepreneurial culture. That included more than 200 operating companies and more than 3,500 information management employees with a budget of $1.6 billion. To whip or cajole everyone into line was an amazing feat.

“If you don’t standardize, you can’t digitize,” she said. We had to sell it as cost savings. If we digitize, we can innovate.”

Council is a long-time supporter of the idea that government should provide the standards for digitizing drug development. At the lunch, she pointed to the Vista software that the Veterans Administration developed. (For an account of a hospital that successfully used this software see Laura Landro’s article in the Wall Street Journal).

Council noted that the government has already spent a lot of money on this software. Unlike privately developed software, it doesn’t require lots of tweaking. Said Council: “Sellers of software don’t want you to pick it up and use it.”

It won’t be easy to stamp out errors, as the medical community eliminates paper, but then Gutenberg had his problems too. I found an amusing account of an early printer’s error on the blog e-patients.net. It seems that an errant typesetter left the word “not” out of the Seventh Commandment. All the Bibles from that press run read “Thou Shalt Commit Adultery” and the edition became known as “The Wicked Bible.”

Disclosure: I don’t know Laverne Council, have never interviewed her, have never even talked to her. This year the NJTC named her CIO of the year. I do try to follow the digital health record scene because I am interested in the progress of a Princeton-based personal health record firm, Zweena Health.