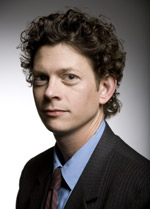 After a 12-hour day at an inspiring and invigorating e-patient conference in Philadelphia, my head is buzzing with e-health thoughts. Then on the train platform bound for home, I get another shot of e-health caffeine, an email invitation from Princeton Living Well to help analyze health menus in Princeton restaurants. PLW, a multifaceted healthy lifestyle project funded by the NIH and founded by Rick Weiss of Viocare, exemplifies the principles espoused today. On PLW’s website members of the community record their own healthy behavior to earn points and collect rewards from local merchants.

Pay attention. When you think you are being observed you tend to act differently.
Monitor behavior to change behavior.
Use technology to get a sense of control over your health.

Hearing this, in the margin I had written “PRINCETON LIVING WELL!” in red ink and circled it twice.

Staged by Kevin Kruse of Newtown-based Kru Research, the first-annual e-Patient Connections conference triggered mental references to other Princeton companies, but lots of folks were in there in person as well. Rob Halper revealed how New Brunswick-based Johnson & Johnson uses You Tube, and Tricia Geoghegan, of J&J;’s Ortho McNeil Janssen, discussed her online community for ADHD. Susan Harrow Rago spoke on how Novo Nordisk funded Juvenation.org an online community for Type 1 Diabetes. Ian Kelly of Red Nucleus (at the American Metro Center) was a conference sponsor.

Attendees from Princeton included: consultant Meredith Gould (who Twittered the conference); David Avitabile, of JFK Communications; Lauren Walroth, of Bristol-Myers Squibb; and M. Jane Lewis, of UMDNJ’s School for Public Health. Kruse himself is an ex-Princetonian, from when he worked at AXIOM and Kenexa, so I didn’t have to explain U.S. 1 Newspaper when I asked for a press pass.

On the second day of the conference (Tuesday, October 27) David Reim (founder of the former Simstar, now a consultant with Influence Partners) will be one of the speakers. Also on the roster are Ambre Morely of Novo Nordisk and Marc Monseau of J&J.;

This was an exciting day for those of us who plump for innovation in the e-health field. (Full disclosure: I had a special interest because one of the presenters was my daughter Susannah, who does health research for the Pew Internet & American Life Project.)

That doesn’t keep me from saying that I thought Kruse put it together brilliantly. Another conferee and I were trying to figure out why it worked so well. We finally agreed that Kruse had a unified version of what he wanted to present. He emceed the whole day and his intros and follow-up questions fortified that vision. The lineup included Jay Bernhardt telling how the Centers for Disease Control use social media to influence perceptions about the H1N1 virus. Lee Aase told how the Mayo Clinic leverages You Tube and blogs. Congressman Patrick Murphy stopped by on his way to DC. My personal hero, Dave DeBronkart (known as e-Patient Dave and a survivor of kidney cancer), made a business case for participatory medicine.

In these situations usually the choir preaches to the choir, but this conference had a good mix of social media experts and social media newbies. Kruse recruited his friends and called in markers to offer one-on-one lunchtime coaching in social media platforms.

And there was some great bling. In keeping with the theme of e-patients, each registrant got a free i-Pod and the door prizes were videocams.

A great day. And I got to go to dinner with my daughter.

1 thought on “Princeton in e-Patients’ Service”