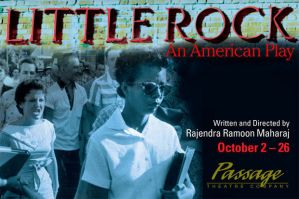 1 thought on “From Little Rock — to the Moral Monday Rally”