It’s been a busy week, highlighted by events surrounding the exhibit Freedom Summer, starting with the lecture by civil rights organizer Bob Moses (at left and reported here) 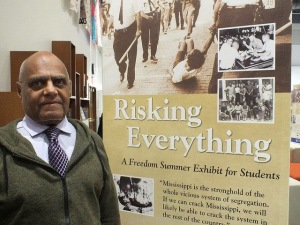 And more to come —
Garden Theatre hosts a free screening of the documentary on Freedom Summer on Sunday, November 23, 1 p.m. There may be some tickets left at Eventbrite, or just show up and hope.
The Freedom Summer exhibit continues at the Carl A. Fields Center from Tuesday, November 25 to Friday, December 5.
NIOT hosts its monthly Continuing Conversations on Race at the Princeton Public Library on Monday, December 1, at 7 p.m.

Lawrence Graham, an attorney who writes about race, class, and privilege, speaks at Princeton University on Tuesday, December 2.
A screening of the documentary “15 to Life” will be at the library on Wednesday, December 3, co-sponsored by The Campaign to End the New Jim Crow, Princeton & Trenton chapter.
There is much to be thankful for, and much to improve…

Not In Our Town Princeton 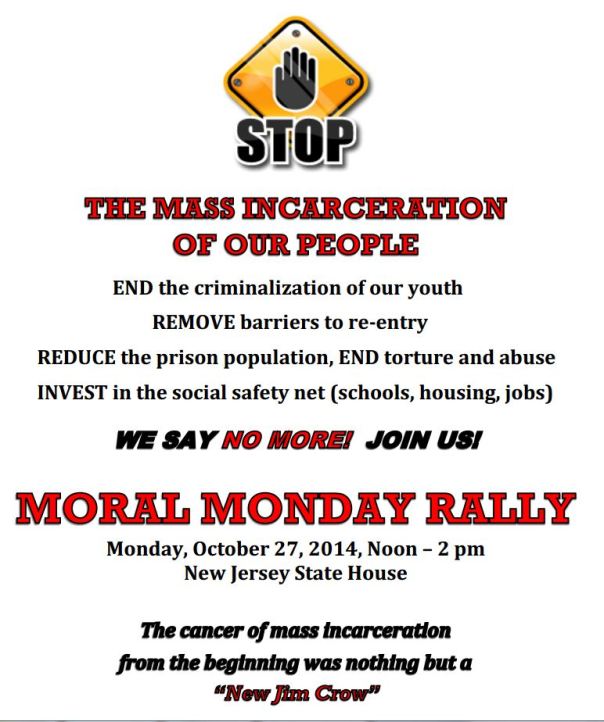 Debtors prisons in the U.S.? Surely not.

Yet investigations by NPR say that courts nationwide are sending the indigent to prison because they can’t pay court fines. Click here for a story by NPR’s Joseph Shapiro.

Surely not in Princeton.

But I saw how it might possibly, just maybe, happen. Last year I went to traffic court and watched people present their sad stories to the judge. “Pay your fine before the end of the day,” was the threat, “or you go to jail.” No money? no credit card? “Call some friends,” was the advice.

I didn’t stick around until the end of the day to see if anybody ended up in the hoosegow. And traffic court judges probably do need to use harsh threats for deadbeats. They are within their rights to do that. According to NPR, it is left up to the judge to figure out who has the money to pay and who is just crying poor.

A judge in a Philadelphia suburb, according to WHYY Newsworks reporter Emma Jacobs, is unfairly targeting the poor , sending people directly to jail without the opportunity to get a lawyer. Click here for the story.

I don’t know whether our local judges — in Princeton, in Mercer County, in New Jersey — are sending vast numbers of people to jail for their inability to pay traffic court costs. I don’t know that any of our judges are making prejudiced decisions. (Full disclosure: Through Not in Our Town Princeton, I support the Princeton/Trenton campaign against what was labeled The New Jim Crow by Michele Alexander. Statistics show that black people go to jail for offenses for which whites go free.)

I do know that on that day in traffic court, the drivers of color were the ones having trouble paying the fines. The judge was not going easier on the white drivers — it was a classic case of the “rich get richer and the poor get poorer. ”

At least New Jersey does not charge its inmates for room and board. Click here for a state by state survey of fees.

NPR continues its coverage this week in Morning Edition and All Thing Considered.

From attorney Hanan Isaacs, a review of the Ban the Box proposed law. As you may know, as a supporter of Not in Our Town and The New Jim Crow movement, I am in favor of it. It is called the Opportunity to Compete Act (A3837).